I am Taishi writing this blog on tempura.tv.

Do you know that March 3rd is girl’s day in Japan? Every country may have its original day but we celebrate girls with Hina doll. It’s called “Hinamatusri(雛祭り)”, dolls festival. 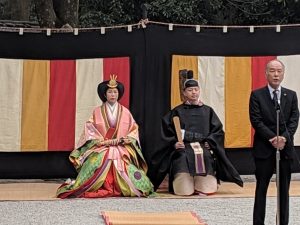 Can you see that beautiful lady? She is Empress with traditional court dress. That style is for nobility in Heian Period. In Shimogamo Shrine(下鴨神社) , The Empress with Jyuni-Hitoe (piled colorful 12 clothes) is appearing with Emperor.

They have been elected by officer at Shimogamo Shrine each year. It is said the couple is blessed with happiness. 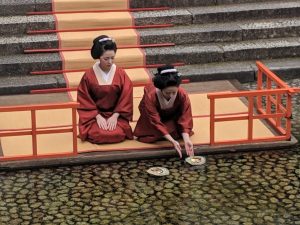 For celebrating a lot of people are coming. At first you can meet real Maiko(舞子). You cannot rarely meet them even though you are in Hananokoji Street(花の小路).

Unfortunately all people looking like Maiko are tourist at noon:) They just dressed up at night for going to a banquet. 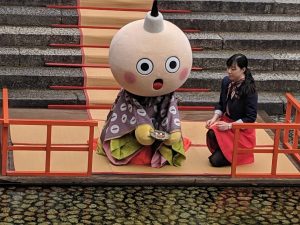 It may feel you a very unique Japanese culture. She is Tawawa-chsn created to celebrate the 40th anniversary of Kyoto Tower’s Opening.

Like her, almost every city in Japan has a original mascot called “Yuru Kyara” (ゆるキャラ). She is so cute, isn’t she:)? 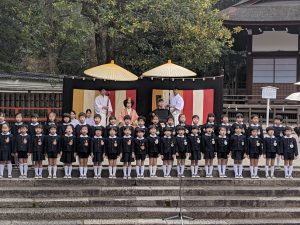 Finally kindergarteners are coming and singing for Spring Song. It is not too much to say that the song has known by all Japanese and it reminds us spring is coming!! 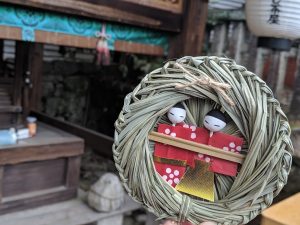 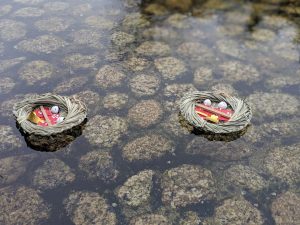 The ending of this festival, Nagashi Hina(雛流し) is traditional acting.

The act of laying the doll in the water and letting it float away is supposed to serve as a prayer for a girl’s health and growth and protects her by attacking negative forces to follow the doll instead of them. It’s continued since Heian Period.

As Spring is getting closer, everywhere will be throw the festival!!

How about finding your favorite festival?